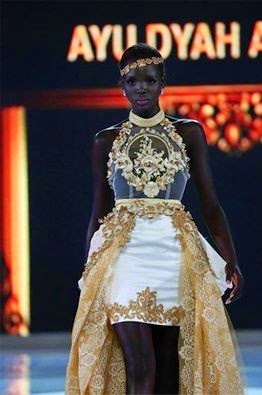 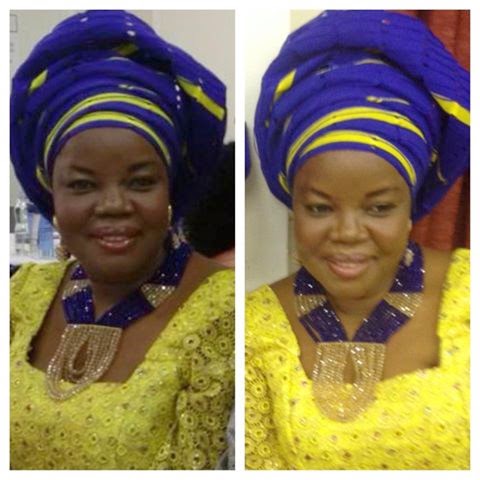 BLACK PEOPLE! -CECILE EMEKE COMMENTS OF THE TRUTH OF THE WHITE WORLD!-FROM JEROME PAYNE ON FACEBOOK 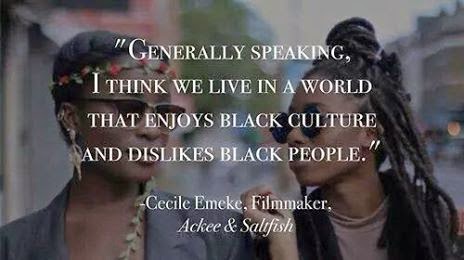 BLACK PEOPLE! -OJO IBI MI NI OCT.31ST-MY BIRTHDAY IS ON THAT DAY AND I WILL BE 70 YEARS OLD! -EGBA MI O! -HELP ME CELEBRATE BY DOING ONE OR MORE OF THE FOLLOWING THINGS 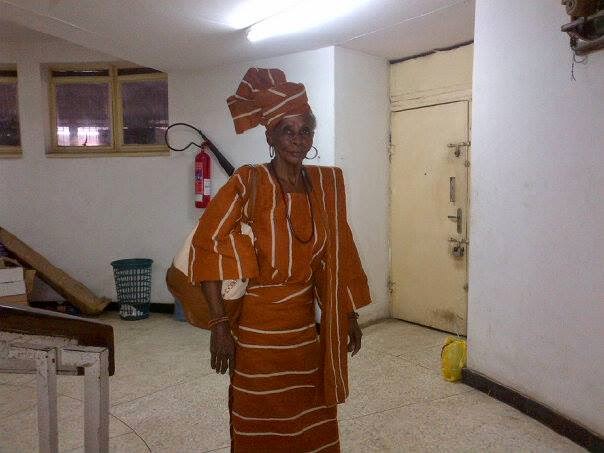 https://www.facebook.com/photo.php?fbid=10204406958150598&l=d9041122a5
OOOOO! E KU JO META O! E JOOOO AM HAVING OJO IBI MI OCT. 31ST! WILL BE
70 YEARS! EGBA ME O TO CELEBRATE IT WITH !1.SPONSORING :"BEST YORUBA
SPEAKER CONTEST" IN THE VILLAGE WHERE THE LIBRARY IS LOCATED!SINCE
YORUBA IS DYING THIS ONE EFFECTIVE MAY TO BRIBE YORUBAS TO SPEAK
UNDILUTED YORUBA!OR   2.GIVING ME CLAY BLOCKS FOR EBUN MI SO I CAN START
OUR FAMILY HOUSE IN THAT ADEYIPO VILLAGE SINCE THEY HAVE GIVEN ME LAND
TO DO SO! OR 3, A SUB FOR THE LIBRARY! (www.africanheritageresearch.net )  OR 4.A HAMPER WHICH I HAVE NEVER
GOTTEN SINCE I HAVE BEEN IN NIGERIA O! E SE O OMO YORUBA ATATA O! OMO DUDU AMERIKKKA! OMO DUDU EVERYWHERE!(BLACK PEOPLE EVERYWHERE!)

CHECK OUT MY INTERVIEW WITH MOMENTS WITH MO HERE--
www.youtube.com/watch?v=3i_otGuA-kE

March 25, 2014 — Widow of the late Nelson Mandela, Graça Machel has waived inheritance of half of Mandela's estate - as would be within her rights

Source: CNN
“I confirm that Mrs Machel has formally and in writing accepted the benefits bequeathed to her in the last will and testament of former president Mr NR Mandela,” Chief Justice Dikgang Moseneke said on behalf of the executors of the struggle icon’s estate.
The decision came during a 90-day period from the public release of the will, for her to decide.
Mandela married Graca, his third wife on his 80th birthday. They were married in community of property.
Chief Justice Moseneke explained that when a couple was married in community of property they were entitled to 50 percent of the estate if one of the partner’s died. This would mean that she would be entitled to half of Madiba’s estimated R46 million estate ($4.6 million).
He waiver means that she now takes ownership of four properties they jointly owned in Moçambique, all their vehicles, jewellery she received during the marriage and all the money in their accounts which are registered in her name.
Source: Independent Online

2 women publicly stripped and beaten for drugging man in bar

We have yet to heed Mandela’s urgent call 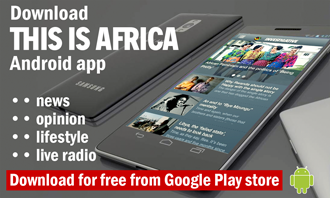 Your writing on TIA

Chiagozie Nwonwu, October 15, 2014
A student from Ghana who was under quarantine in Czech Republic over Ebola fears has been released

Khanyo Olwethu Mjamba, October 14, 2014
Winnie Madikizela-Mandela’s legal representatives confirmed on Tuesday that they had filed papers in court challenging the estate of the former president, Nelson Mandela, seeking the rights to his house in Qunu, South Africa

Khanyo Olwethu Mjamba, October 14, 2014
The opposition in Togo has so far had no success in breaking the ruling family’s five-decade grip on power. But with elections set for next year, those working to unseat President Faure Gnassingbe have vowed a renewed push, warning that without major reforms, the polls in the small West African nation will turn out to be another farce

BLACK PEOPLE!--MICHAEL JACKSON IN AFRICA! ---FROM THISISAFRICA.ME AND ADEGBOYEGA S. THOMPSON ON FACEBOOK

The (Mis)Use of Kiswahili in Western popular culture

October 10, 2014 — That Kiswahili words and phrases sometimes crop up in western pop culture is not surprising; it is, after all, the most widely spoken African language on the continent. But every so often its use leaves native speakers a little puzzled.

Michael Jackson was made a prince of the Anyi people 1992 in Krinjabo, Cote d’Ivoire, in 1992, but his relationship with the continent began long before that. His use of Kiswahili in a song called “Liberian Girl” was a little odd though.
Kiswahili is a language spoken by more than 100 million people, predominantly in several states of East Africa. The language also has a significant presence in major cities of Europe, the United States of America and the Gulf states where African Diaspora communities are found. As a result of its global reach and millions of speakers the language pervades the lives of many across the globe and is never far away, even if not realised. For example it is taught in several universities around the world, and many media stations such as the BBC, Voice of America, Radio Deutsche Welle, Radio Moscow International and Radio Japan International all have programmes in Kiswahili.
In the United States the African American holiday Kwanzaa takes it names from the Kiswahili phrase ‘matunda ya kwanza’ meaning ‘the first fruits of the harvest’; ‘kwanza’ is the Kiswahili word for first. If you’re English, American or Canadian you may have also found yourself shouting out a Kiswahili word when playing the popular wooden block game Jenga; Jenga being the Kiswahili root word for build. In western popular culture Kiswahili has found itself in film, television and music. Sometimes its been used in short snippets, while other times complete monologues of characters have been in Kiswahili. However while its use is apparent the correct use of the language has not always been so.
Hakuna Matata
Disney’s 1994 animated feature The Lion King is perhaps the most popular western film featuring Kiswahili. The film tells the story of a lion cub and future king named Simba. The film is full of Kiswahili words and phrases. The main character ‘Simba’ means lion (in Shona it means strength or power) and the friendly Baboon called Rafiki means friend. There are also many songs in kiswahiki in the film. One of which is when Rafiki sings to Simba ‘Asante sana squash banana, Wewe nugu mimi hapana’, which is Kiswahili for ‘Thank you very much, squash banana, you’re a baboon and I’m not.’
Posted by YEYE AKILIMALI FUNUA OLADE at 6:54 AM No comments: 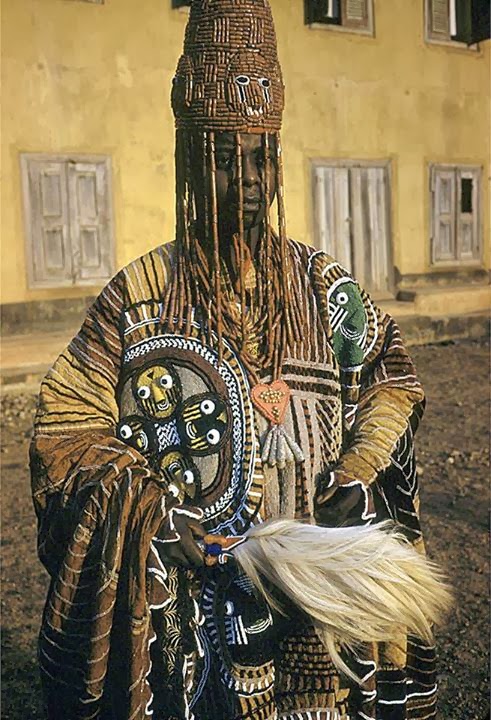 
© 2003 - 2005 @ Guardian Newspapers Limited (All Rights Reserved).
Powered by dnetsystems.net dnet®
admin:
This is certainly a bold article Yeye Olade (I hope you don't mind me addressing you this way) . One thing that has greatly impressed me in London where I lived for a long time is that for most Chinese and Indians, their language remains the language of communication at home and this is enforced . Yet their children perform extremely well in schools and always  better than most other children. It struck me that if they are able to maintain this abroad ,they must certainly be more aggressive about protecting their culture at home. Unfortunately we have no such custom and it is now considered "progressive" to westernise everything that we do with the result that our children don't know who they are anymore - and this I submit is responsible for the high level of crime these days .

In traditional Yoruba life it is unthinkable for anyone to be jobless and a thief condemns his/her entire family to be ostracised almost forever.When a thief is caught , the questions go beyond the need to know whose child he/she is , but it must also be found out which town they came from - they are all publicly humiliated so much that they often leave their town to live very far away in  new places where they are not known.  In traditional Yoruba life if you couldn't get an easy white collar job  you go to the farms or commit yourself to the family crafts (blacksmith , drummer / drum maker, hunter etc.) or a variation of such, but nowadays we see young "graduates" decked up in faded suits and worn shoes searching all over for jobs that do not exist. But things have changed quite horribly these days.I know for certain that in Britain at least, these family crafts are protected from extinction by government patronage , but in our case the intention seems to be to bury them as "heathen" , or "savage" crafts on the persisting instructions of our colonial masters.

Though in these days  and especially when juxtaposed with the race to catch up with technology , efforts to recover our culture could  certainly  be a hard sell , it is still  a laudable project .  It will take a lot of commitment and also a lot of money which unfortunately is not at a premium these days .in the interim there is a lot that can be achieved through the efficient use of current technology and this is what this website (Yorubaland)  is all about. The objective is to gather interested parties from all over the world and make it possible to persuade them to commit into such projects as you have described; and it is my hope that this approach will succeed .

About 20 years ago, I read "The Water House" by Antonio Olinto -  and it completely blew me away.
http://www.amazon.com/gp/product/0881841374?ie=UTF8&tag=yorubaland-20&linkCode=as2&camp=1789&creative=9325&creativeASIN=0881841374
This book, which I consider the Yoruba/Brazilian equivalent of Alex Haley's "Roots" tells the story of slaves sent to Brazil and then coming back to make their home in Lagos and environs . As a matter of fact the book told me more about Lagos than I ever knew , and it was originally written in Portuguese (Geesi).  Therefore, as much as we need to preserve and generate literature in the Yoruba language , it is also essential to be able to issue translations of such books into other languages  - especially English , Spanish and Portuguese which are the major languages of Yoruba people in the Diaspora. In our race to preserve our culture at home, we must also not alienate our brothers and sisters abroad ; they also need to share of the gains.

My intelligence report presently shows me that twice as much people visit this web site from Eastern Europe, where there isn't a lot of Yoruba presence, than from any other country in the world - which shows that we are on a good start. If there is anyone who also wishes to assist in the efforts of taking Yoruba to the front stage in world cultures do contact me as follows :
Olurotimi Ogunjobi , Director
Center for Exposition Of Yoruba Arts And Culture (Yorubaland)
mail@yorubaland.org
Telephone : 234- 7028777368

October 4 at 7:34pm ·
This is SERIOUS SATURDAY --- It has come to my attention that I get to being silly whenever I get overwhelmed with seriousness. I was told not to post "some" jokes on Facebook because they could be misunderstood. So, I'll be serious all day.