THE SUMERIANS IN ANCIENT IRAQ WERE BLACK! -FROM KEMETWAY.COM

Lands of the Black (Headed) People

"After Anu, Enlil, Enki, and Ninhursag had fashioned the Black-Headed (people), vegetation luxuriated from the earth, animals, four-legged (creatures) of the plain, were brought artfully into existence..."

One of Africa's many civilizations is that of Sumer. Founded along the Tigris and Euphrates Rivers, in Asia-Minor, it in many respects was a twin city of Kemet; spawned by the same progenitors Nubia-Kush, it mirrored Kemet in numerous areas. In the names of cities and towns there was Anu, Mari, Amon, Kush (Kish), Assur (Ausar), and others. Like Pharaohs of Nubia and Kemet, Sumer was as also governed by divine leaders called 'En', who also were considered 'Son of the Sun' or, the 'Son of Anu'. The Ntcheru of Sumer were called Dingir, and they too paralleled those of Nubia-Kemet: For example


Kemet and Sumer built great solar temples to the Ntcheru / Dinger. Kemet built Pyramids whereas Sumer built Ziggurats; additionally both built temples to honor the other types of Ntcheru / Dingir - i.e. Creators, Elements and Principals.
Both societies are families related by Ancestors - the Anu. In Sumer everyone is related to Anu - the creator - and Anu (the first people); likewise, in Kemet everyone is related to Anu - the creator - and to Anu (the first people). Lastly, both, in response to Aryan (White) invaders distinguished themselves as black people - i.e. Kemet = Land of the Black People and Sumer, Sa-Ga-(Gi) = The Black Heads / The Black Headed People.
Each society revered creation and the governing 'life forces', and both generated outstanding periods in their history along with distinguished leaders. Of the Third-Dynasty in Kemet the Pharaoh distinguished himself and the society by commissioning the building of the first major pyramid - the Step Pyramid; in association with him the Great and Grand Vizer Imhotep distinguished himself as the architect of the Step Pyramid and as a multi-genius, in addition to being an outstanding Seba (spiritual leader). Right on the heels of Kemet, Sumer was distinguished by the Great En Naram-Sin who commissioned the building the Great Ziggurat for the Dingir Anu and Inanna (Inana); in association with him the Great Spiritual Leader Gudea distinguished himself and the Sumerian society by leading the revival and progression of Sumerian religion and spirituality. The era of Naram-Sin and Gudea is known as Ur III.
Sumer's greatness and grandeur was both alluring and a magnate to the Aryan-Semites and the Aryan-Europeans who began to invade its territory and society until they finally conquered, dominated and destroyed it greatness. At the hands of the nomadic-barbarians the Sumerians (Africans) experienced invasions of their homeland, pillage of their resources, genocide, rape, slavery, exile, colonization, cultural theft, barbarism, and racism (in its beginning stages). From as early as 2,200 BCE Sumer, including its African neighbor Susa/Elam, endured the invasions of one increasingly brutal nomadic-barbaric 'White' people after another. Under the invasions of the Martu, also called the Assyrians, the strength of the African population known as Sumerian in Mesopotamia was defeated resulting in complete and utter domination at the hand of barbaric warring populations set on plunder and exploitation.
In addition to other benefactors, the Jewish and Arab culture and society - its religion, philosophy and government - also developed upon the plunder, domination and exploitation of the Sumerian; and including some Southern-European societies - among them Greece.
About the images:
Sumerians represented their Dingir (gods) with crowns of 'bull horns', major Dingir wore numerous horns [collectively they were called the Annunaki], while lesser Dinger wore fewer horns [collectively they were called the Iggigi]. Leaders, called En were considered 'Lesser Dinger' incarnate, they are almost always depicted wearing the 'Royal Beard' and sometimes with a bull horned crown. Priest (male) are, almost always depicted as clean-shaven and without head hair. Interestingly, in spite of the ongoing invasions and colonization the Sumerians', and the Elamites/Susians, continued to depict their Dingir (gods) in their image.
In spite of the above images and documentation to the contrary, it is interesting, and no less disturbing, that the school of 'White' researchers and writers of Sumer / Mesopotamian history have organized as a race-biased (racist) group to perpetuate a lie-myth-deceit and other falsehoods to deny the race (i.e. Black / African) of the Sumerian, and of the origin of Sumerian civilization. Somehow they do manage to find Africans among the population when they are conquered or enslaved.

MARCUS GARVEY THE GREATEST BLACK LEADER OF BLACKS IN AMERIKKKA AND BLACKS WORLDWIDE!

SLAVERY !-LEST WE FORGET WHAT THE BLACK RACE WENT THRU SO THAT WE ARE NEVER TRICKED AGAIN! 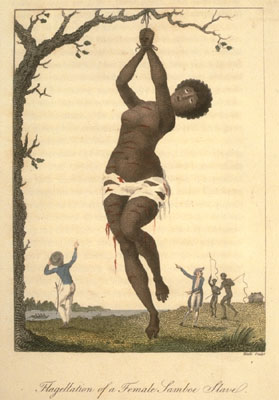 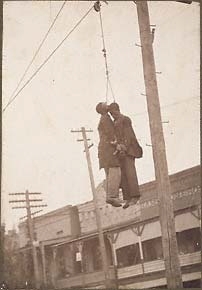 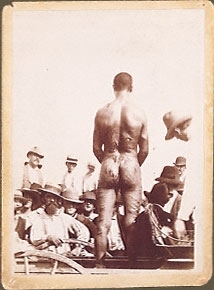 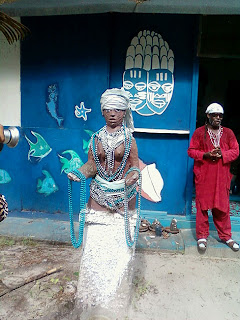 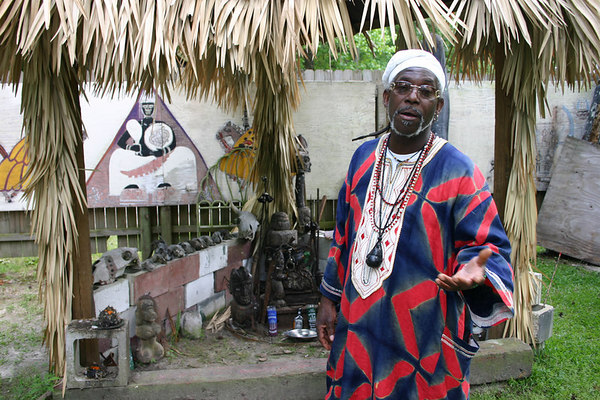 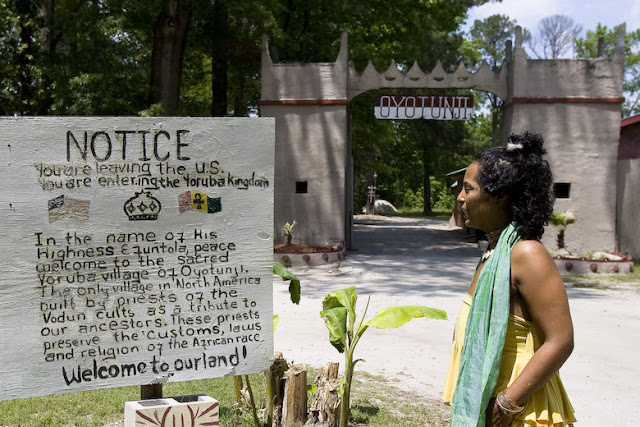 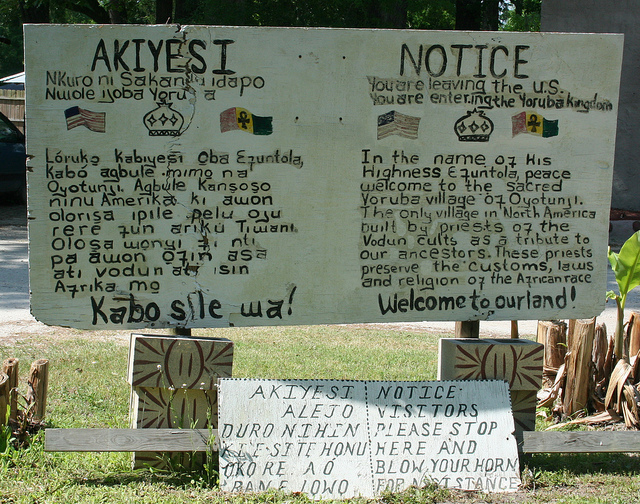 OYO TUNJI: A YORUBA COMMUNITY IN THE USA

Religious beliefs and ceremonies, visual culture, and social organization closely based on traditional Yoruba prototypes from Nigeria and Benin Republic are embraced by African American members of Oyo Tunji in Beaufort County, South Carolina, as viable alternatives to mainstream American culture. Oyo Tunji (“Oyo Returns” or “Oyo Rises Again”) is a metaphor for the reconstruction, in the United States, of the ancient kingdom of old Oyo, which flourished in Nigeria (c.1600 to 1830 CE).
Oyo Tunji is popularly referred to as “the African village.” The current leader, known as Oba (king) Efuntola Oseijeman Adefunmi I, along with a handful of priests and priestesses, established Oyo Tunji in 1970, near the town of Sheldon, where routes 17 and 21 intersect.

Oyo Tunji encompasses ten square miles of semi-forest, agricultural land in a rural, agricultural terrain. It follows a traditional town plan that can still be seen in the outlying areas of small Yoruba villages in West Africa. Oyo Tunji’s land is partitioned into precincts radiating from the central focus where the palace (called the Afin) is located. Oba Adefunmi I apportions the land to male and female householders who pay annual taxes to the Oba for this land. All the dwellings adhere to the traditional Yoruba architectural plans, which consist of small, usually windowless, enclosed dwelling units (used for storage and sleeping), built around large, open, square courtyards where most daily tasks are performed (Ojo 1966). The size and elaboration of architecture signifies status, ranging from the sprawling, immense palace through the middle-size homes of the chiefs to the small houses of the general populace.
Oyo Tunji is, first and foremost, a religious community. The primary criterion of membership is initiation into “Yoruba” religion, which, in fact, while foregrounded there, accommodates an intertextual blend of borrowing from other African religions including Fon, Asante, Edo (ancient Benin kingdom), and ancient Egyptian. The king’s name is an excellent example of the .influence of multiple African elements: Efuntola signifies his initiation into Yoruba religion as a priest of Obatala (in Nigeria, the Yoruba deity credited with human creation through his modeling of human bodies from primordial clay). Efun in Yoruba is white chalk and ola denotes abundance. Oseijeman (or “savior of the people” in Akan) is a customary name for chiefs in Ghana. Adefunmi (“crown for me”) builds upon the Yoruba traditional of designating all royal lineage families by prefixing their names with ade (“crown”). Funmi is a conscious signifier of Oyo Tunji’s king’s (formerly Walter Serge Roy King of Detroit, Michigan) proactive appropriation of Yoruba royal names and a conceptual pun on his “slave” name. Adefunmi can thus be seen as a “New World” oriki (Yoruba praise name) that puns on the fact that Walter Serge Roy King originated the “kingdom” of Oyo Tunji and created a royal lineage for himself and his family, with the right to rule and wear the crown (ade, the sign par excellence of royalty among the Yoruba in West Africa).
A very large number of African American men and women have been initiated in Oyo Tunji by Kabiyesi (Yoruba, “royal highness”) Queen Iy Orite and others since 1970. These priests and priestesses maintain close and continuous ties with the community, although many have chosen not to remain permanently in Oyo Tunji. They have dispersed throughout the United States to found small religious satellites of Oyo Tunji in Chicago, Indiana, Wisconsin, New York, Virginia, Florida, and Los Angeles. The major deities (orisha) are conceived as embodiments of organic, supernatural, and mortal power that often calibrate with numerology and astrology. Thus, Orunmila (while equated with the domain of Ifa divination among the Yoruba in Africa) is associated with the Sun. Olokun (a deity associated with rulership and wealth in the ancient Nigerian Benin kingdom) is identified with the planet Neptune and the sign Pisces. In Oyo Tunji, Olokun is also conceptualized as the] deity representing the souls of all descendants of Africans transferred from their homeland by ships sailing the Atlantic Ocean and, as such, serves as the patron deity of all African Americans. Obatala (the creation deity who first molded humans from earth) is the patron deity of Oyo Tunji and the one with the most initiates. Obatala is linked with the planet Jupiter and the sign Sagittarius. Sango (whose domain is thunder and who was a former king of old Oyo, an ancient Yoruba city) is governed by Uranus and linked to Aquarius. Yemoj (the mother of deities not born by Nanan), seen in Oyo Tunji as a powerful iyami (enchantress), governs the Gelede society organized by men to honor elderly women of tremendous spiritual authority. As a moon goddess, Yemoj is connected with the sign of Cancer and the numbers 4 and 7. Esu-Elegba, the prankster, is seen as, simultaneously, the youngest and the oldest of all the deities. He is linked to the planet Mercury, the signs Gemini and Virgo, and the numbers 1, 3, 11, and 21. His domains are the marketplace and the crossroads. He possesses the spiritual force to open and close roads and place or remove obstacles, all metaphors for positive or negative opportunities and success or failure.
In Oyo Tunji, a separate temple complex exists for each deity, which includes the main shrine, a smaller shrine for the Esu-Elegba of the deity, and a building where initiates are housed during their seclusion. Priests and priestesses function as diviners and herbalists who provide guidance for the inhabitants of Oyo Tunji, as well as visitors or local South Carolinians. They combine healing with herbs, fasting, divination, palmistry, tarot cards, numerology, and astrology.
Known ancestors are honored by paintings, photos, and Egungun cloth ensembles, as in Africa, while unknown ancestors are determined by roots-reading divinations and honored by fresh water, flowers, candles, and prayers. An innovation introduced in Oyo Tunji is the initiation of women into the Egungun society.
Finally, the visual culture of Oyo Tunji exemplifies a deliberate creative project that departs from the mainstream, exhibition-directed arts created by many African American artists, who position themselves within the American mainstream. In contrast, Oyo Tunjians look toward conventional Yoruba art forms still commonplace in the African homeland and available through African art books, journals, or early ethnographies.
In sum, Oyo Tunji occupies a unique place among African diaspora communities; it is a uniquely intellectual entity, consciously created by African Americans as a counterpoint to, and revitalization effort within, mainstream American society and culture. Rooted in West African Yoruba religious, sociopolitical, and artistic epistemologies, Oyo Tunji testifies to the agency and activity of African Americans in the diaspora.