OBAMA O....!-HELPING TO SAVE OUR BLACK CHILDREN! - FROM EBONY.COM

A Call to Action

EBONY partners with the White House to spark an important nationwide conversation about our children
By Michael H. Cottman

For President Barack Obama, a father with two daughters, preparing African-American students for the academic future is one of his top priorities—and, perhaps, one of his most daunting challenges.

Obama has an ambitious vision for the nation’s Black students during his last two years in the White House: ensuring that all African-American pupils receive an education that fully gets them ready for high school graduation, college completion and productive careers in a highly competitive global job market.

After signing an executive order that created the White House Initiative on Educational Excellence for African Americans in 2012, the president is dedicating new resources to enable African-American students to improve their educational achievement and prepare them for college and a range of professions after graduation.

“The Obama administration, through the creation of the White House Initiative on Educational Excellence for African Americans, is dedicating time, energy and resources to help seriously address the challenges facing many African-American students today,” U.S. Secretary of Education Arne Duncan told EBONY.

“Regardless of zip code, every child in this country should have access to a high-quality education that adequately prepares [him or her] for college and career,” Duncan said.  “For the nation to fulfill the president’s goal of leading the world in college graduates by 2020, we will need a significant number of African-Americans to be part of those numbers, and I’m hopeful that the initiative’s work can help contribute to that ambitious goal.”

In 2014, The White House Initiative on Educational Excellence for African Americans will partner with Johnson Publishing Company, Inc. to produce a “summit series” designed to raise awareness about the White House initiative and encourage much-needed positive conversations about African-American student achievement.

“The initiative is uniquely positioned to support African-American students from cradle to career,” David J. Johns, executive director of the White House Initiative on Educational Excellence for African Americans, told EBONY. “For the first time, there is a central office within the government to identify and disseminate best practices that ensure African-American students are supported academically and developmentally, beginning at birth.”

Michael H. Cottman, an author and award-winning journalist, covers the White House for BlackAmericaWeb.com. He is also co-host of the nationally syndicated radio show Keeping It Real With Rev. Al Sharpton.
Posted by YEYE AKILIMALI FUNUA OLADE at 9:13 AM No comments: 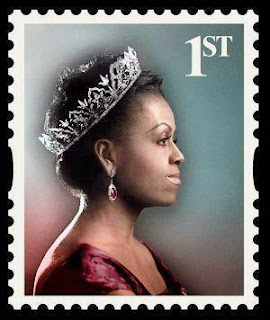 You read of smears 'n' sneers and
comments about your rear

You're the 1st Lady we applaud


Yohanan EliYah
She has to be in the Top 5 of women who clean up well, because I have seen those pictures where she's not really cute at all- but when she's in 1st Lady character, OMG, I want her on my arm. All politics aside- I love this sistah.

Thank you for this excellent and poignant ode which honors our GREAT FIRST LADY and an even better MOTHER. ALL PRAISE unto Her and your considerable Artistry and Efforts.


Robert Rosenthall
THE WORLD'S QUEEN FROM THE ROYAL FAMILY OBAMA


Sent from my BlackBerry wireless device from MTN
Posted by YEYE AKILIMALI FUNUA OLADE at 7:32 PM No comments: 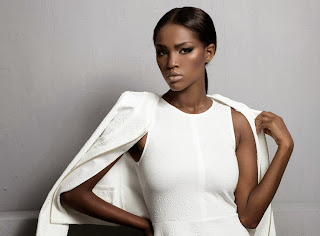 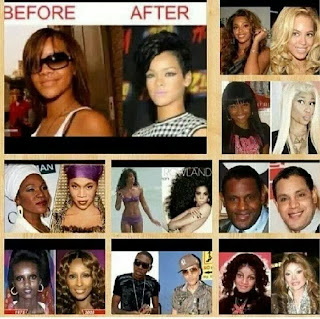 Long as you wear
the white girl's
clothes

you be worshippin'
the white girl

whither you be
chinese/japanese
or AFRIKAN

(Yeah,universal worship
of the white 'woman')

you be goin'
Against your
BLACK self--
sacrificin' yourself
at her altar! 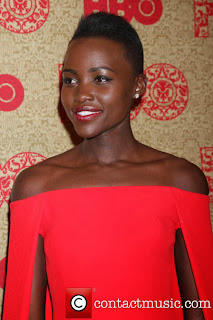 The Oscar nominated actress spoke candidly in her Black Women in Hollywood acceptance speech about her struggle to understand her own beauty.

Lupita told the audience that she has not always felt that comfortable with the color of her skin.

Here is the full transcript of her beautifully honest speech.

 I wrote down this speech that I had no time to practice so this will be the practicing session. Thank you Alfre, for such an amazing, amazing introduction and celebration of my work. And thank you very much for inviting me to be a part of such an extraordinary community. I am surrounded by people who have inspired me, women in particular whose presence on screen made me feel a little more seen and heard and understood. That it is ESSENCE that holds this event celebrating our professional gains of the year is significant, a beauty magazine that recognizes the beauty that we not just possess but also produce.

I want to take this opportunity to talk about beauty, Black beauty, dark beauty. I received a letter from a girl and I'd like to share just a small part of it with you: "Dear Lupita," it reads, "I think you're really lucky to be this Black but yet this successful in Hollywood overnight. I was just about to buy Dencia's Whitenicious cream to lighten my skin when you appeared on the world map and saved me."

My heart bled a little when I read those words, I could never have guessed that my first job out of school would be so powerful in and of itself and that it would propel me to be such an image of hope in the same way that the women of The Color Purple were to me.

I remember a time when I too felt unbeautiful. I put on the TV and only saw pale skin, I got teased and taunted about my night-shaded skin. And my one prayer to God, the miracle worker, was that I would wake up lighter-skinned. The morning would come and I would be so excited about seeing my new skin that I would refuse to look down at myself until I was in front of a mirror because I wanted to see my fair face first. And every day I experienced the same disappointment of being just as dark as I was the day before. I tried to negotiate with God, I told him I would stop stealing sugar cubes at night if he gave me what I wanted, I would listen to my mother's every word and never lose my school sweater again if he just made me a little lighter. But I guess God was unimpressed with my bargaining chips because He never listened.

And when I was a teenager my self-hate grew worse, as you can imagine happens with adolescence. My mother reminded me often that she thought that I was beautiful but that was no conservation, she's my mother, of course she's supposed to think I am beautiful. And then Alek Wek came on the international scene. A celebrated model, she was dark as night, she was on all of the runways and in every magazine and everyone was talking about how beautiful she was. Even Oprah called her beautiful and that made it a fact. I couldn't believe that people were embracing a woman who looked so much like me, as beautiful. My complexion had always been an obstacle to overcome and all of a sudden Oprah was telling me it wasn't. It was perplexing and I wanted to reject it because I had begun to enjoy the seduction of inadequacy. But a flower couldn't help but bloom inside of me, when I saw Alek I inadvertently saw a reflection of myself that I could not deny. Now, I had a spring in my step because I felt more seen, more appreciated by the far away gatekeepers of beauty. But around me the preference for light skin prevailed, to the beholders that I thought mattered I was still unbeautiful. And my mother again would say to me you can't eat beauty, it doesn't feed you and these words plagued and bothered me; I didn't really understand them until finally I realized that beauty was not a thing that I could acquire or consume, it was something that I just had to be.

And what my mother meant when she said you can't eat beauty was that you can't rely on how you look to sustain you. What is fundamentally beautiful is compassion for yourself and for those around you. That kind of beauty enflames the heart and enchants the soul. It is what got Patsey in so much trouble with her master, but it is also what has kept her story alive to this day. We remember the beauty of her spirit even after the beauty of her body has faded away.

And so I hope that my presence on your screens and in the magazines may lead you, young girl, on a similar journey. That you will feel the validation of your external beauty but also get to the deeper business of being beautiful inside, that there is no shade in that beauty. 

Confirmed: Lupita could not be more beautiful.

 
Sent from my BlackBerry wireless device from MTN