RON KENLOY HAS BEEN IN NIGERIA SO MANY TIMES AND LOVES IT!-YOU TOO MUST COME BACK TO AFRICA AND ENJOY REAL BLACK FREEDOM! -FROM TELL MAGAZINE,NIGERIA

The anthology of Christian gospel artistes will be incomplete without a mention of the name Ron Kenoly. Since 1968 when he left the United States, US, military, he has evolved considerably with a rich tapestry of intellectual works and awards to his credit.  From being a military man to a Rhythm and Blues artiste, then from a congregational hymn leader to a praise and worship legend of world renown, Kenoly says of himself: ‘As beats change, as technology changes, as the approach changes, I will change with them.  I won’t be like the people in the Bible who stayed in the wilderness and died because they weren’t willing to cross over.’ Shortly after 1985, when he was invited to be a minister of music, offers to lead praise and worship in Christian centres around the world, including Nigeria, have never ceased coming his way. It may not be out of place to describe Nigeria as his second home, as the 68-year-old music maestro insists that he ‘has been to more cities in Nigeria than most Nigerians’. In this interview with Iseribhor Okhueleigbe, the former air force officer bares his mind on sundry issues, including the knotty problem of Boko Haram insurgency in Nigeria.

What are your key objectives when you sing – entertainment, exhortation, soul-winning…?
My key objective has been to lead people in praise and worship. I’ve a ministry in praise and worship, and that’s what I want to do – to help people develop a relationship with God their heavenly Father through praise and worship. I have an extended goal to help people know the name of our heavenly Father and the name of His Son. In Proverbs 30:4, the Scripture asks: ‘What’s my name and what’s my Son’s name?’ Most people don’t know what His name is or what His Son’s name is.

You’ve remained evergreen since coming on stage. What’s your secret?
I don’t have a secret. Every promotion I get comes from my Father. So, all I’ve done is just be obedient.

How do you feel when you travel to far-flung lands, even rural places, and see people who have never met you playing and dancing to your music?
I feel I’m accomplishing what I was created to do. I feel like my heavenly Father is smiling because I’m doing what I’m supposed to do.

In all your ministrations over the years, can you recall any particularly memorable event that you find really touching?
There are a lot of things that have really touched me, that encouraged me. When I see people getting saved, that’s probably the most important thing. My goal is just to ensure people praise God. I think our relationship with our heavenly Father begins with worship; it begins with praise. What we do is to provide the opportunity for people to have a relationship with God, to know His name, to know how to approach Him, know how to surrender to His will, to understand Him and read His Torah or His scriptures and to apply those things and demonstrate to people how to reach the heart of the Father. This is the most important thing. You know, I have sold millions of CDs, I have sold books, I have a PhD. But none of that means anything if you don’t have a relationship with the Father, if you don’t have an avenue to His heart, if He is not smiling at your life. Now, I’m not excited about being evergreen. Even ‘evergreen’ burns and many people that we think are evergreen have been burning in hell – or wherever. So, what’s the most important thing? To be able to enter into the age to come and stand before our Creator and hear Him say, ‘Well done, my good and faithful servant.’

When do you hope to retire from singing?
Oh, my goodness! I’ve not seen that word in scripture. Have you? Is there anybody in the kingdom who retired? Well, let me tell you, my grandmother had a saying that I have embraced. She said: ‘I’m not going so fast that I will burn out, and I’m not going to go so slow that I will rest out. I’m just going to keep moving until I wear out.’ That’s what I intend to do until I wear out, until you don’t see me anymore.

Nigeria is facing a huge problem of Boko Haram insurgency, where Christians have been pushed to the wall. Some people have suggested that Christians fight back while others object to that. What do you advise as a man of God?
I don’t have an opinion; all I have is what the scripture says. You have to read the scriptures. Exodus 15 says Yahuwah (God) is a man of war; he cleared out all the Canaanites out for Israel, and David was famous because he fought all the Philistines. Even the Saviour says, ‘I did not come in peace.’

Have you just said Nigerian Christians should emulate King David?
I’m telling you what the Bible says. I’m only an ambassador of the kingdom of heaven. I don’t have a voice. I don’t have an opinion. The scripture says Yahuwah is a man of war.

What has your experience been in Nigeria?
It’s always been good coming to Nigeria, always good. I have many Nigerian friends – musicians, pastors, singers – and we develop good relationships. Two years ago, I was received at the Presidential Villa, Abuja, by President Goodluck Jonathan. I worshipped with him at the church there. I had meal with him and (with) many of the governors throughout the country. I’ve been to more cities in Nigeria than most Nigerians. I really like jollof rice.

But American Christians ought to have made their opinion known.
Christians don’t have an opinion; we have the scripture. And if we live by the scripture, then we are in favour with God. If you don’t live by the scripture, you are not in favour with heavenly Father. That is why He gave us an instruction manual on how to live. And He says if this happens, do this; if that happens, do that. We don’t have an opinion. When you come into the kingdom, you don’t have an opinion.  There’s a word you have here in Yoruba that I have learnt, and that word is ka-bi-o-kosi (unquestionable God). So, whatever the Father says is what He means. That’s what He intends for you to follow, that’s what He intends for you to do. You can’t say anything about it! I don’t have any opinion – ka-bi-o-kosi!

You have so many albums to your credit. Which one do you consider most outstanding?
Ah! How many children do you have? …the question you’ve asked me is like saying to me to go to the grapevine and pick one grape. Which grape will you get? The music that I have done is the fruit of my labour. It’s all the same to me; I have no favourite. They are all the same to me. I have 13 grandchildren. Which one is my favourite? I love them all.

Do you have children that have taken after you in terms of career?
Yes. I do and they are all involved in ministry. I have 13 grandchildren.

Besides music, what other things do you do?
I write music and books.

What would you want to be remembered for?
In the earth, that I do all I can do to be what my heavenly Father intended me to be. I want to be remembered as a good husband who provided for his family.
Read 251 times | Like this? Tweet it to your followers!
Published in The Nation
Social sharing

OUR FIRST COMMUNIST NIGERIAN GOVERNOR IS MAKING SERVICE TO THE MASSES HIS GOAL! -GOMINA RAUF AREGBESOLA IS PERFORMING MIRACLES IN OSUN STATE FOR THE PEOPLE!- FROM OSUN DEFENDER.COM

Posted by admin on Sep 17 2012. Filed under AFRICA, EDITORIAL, FEATURE, FOR THE RECORDS, Front Page Story, NEWS, News Across Nigeria, PHOTO GALLERY, POLITICS, South West News, X-RAYS. You can follow any responses to this entry through the RSS 2.0. You can leave a response or trackback to this entry 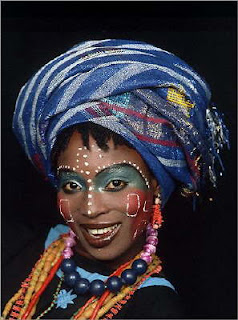 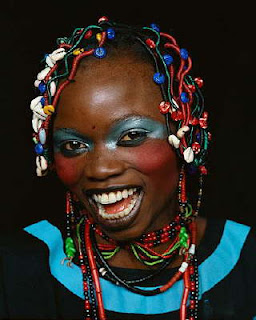 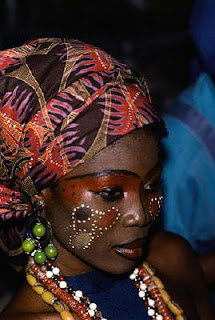 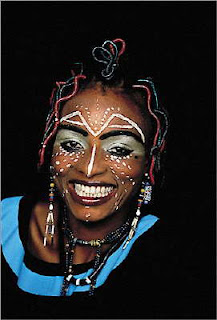 The Unofficial Website for Fela Kuti and Afrobeat Music

Picture gallery of Fela Kuti’s Queens
In the West Fela Kuti, the creator of Afrobeat, is know by many as “the man who married 27 wives”. On 18 February 1978 he married the entire female entourage of his band in a ceremony conducted by a Yoruba priest. There are many sides to the group marriage, besides the sensational ones, but it would need an essay to explain them. The group marriage lasted until Fela’s release from prison in 1985. Stating that he no longer believed in marriage, he divorced the 12 wives that were still with him. Many, however, remained part of his entourage until his death.
Photographer Bernard Matussière from France took the portraits shown below of Fela’s “Queens”, as they were often called, in 1983.