IGBEYAWO! -YORUBA TRADITIONAL WEDDINGS!! -BLACK AMERIKKKANS NEED TO GET BACK TO WEARING THEIR NATURAL MOST BEAUTIFUL CLOTHES!

ASO-OKE! -YORUBA TRADITIONAL CLOTH-THE MOST BEAUTIFUL CLOTH IN THE WORLD! 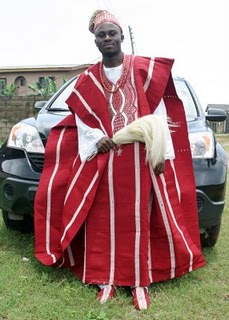 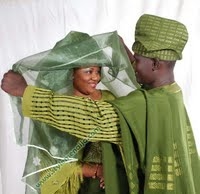 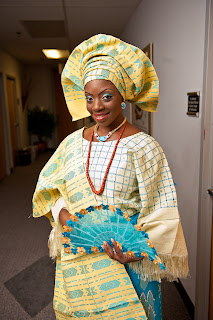 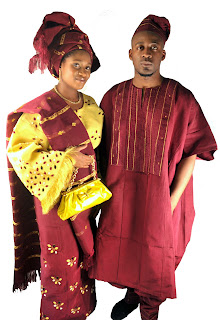 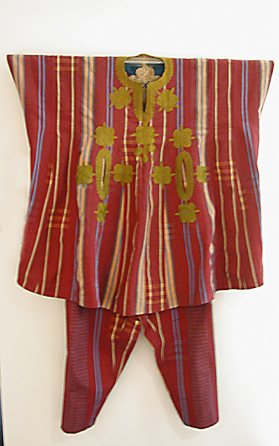 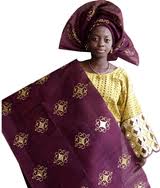 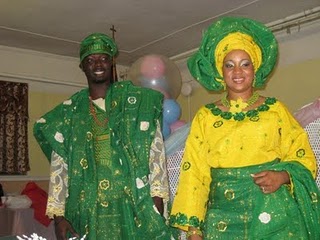 Aso Oke Cloth: An entry from UXL's Fashion, Costume, and Culture: Clothing, Headwear, Body Decorations, and Footwear through the Ages

Aso-Oke also called Aso-Ofi by certain sub-ethnic groups, among the Yoruba people, is the traditional cloth used in the Oke-Ogun and other areas where you find large rocks, hills or highlands.
These places get cold during the dry season early mornings, so this cloth originated in those areas, due to necessity, the video displays the traditional way (which is still used to date) of weaving this cloth in the Yoruba hinterlands, this video comes from Iseyin town, popular for Aso-Oke, some footage from other areas of Republic of Benin and Saki.
The cloth is hand woven as said before, and custom designed to taste. The craft is a true labour of love and this was surely the progenitor of what we call ‘blue jeans’ today. Many parts of Africa, India and the Orient make similar woven cloth, in a similar fashion if not identical.
The Aso-Oke is mandatory during traditional Ifa wedding ceremony, as part of the ‘load’ the bride-groom will bring for the bride, this is spoken about in detail within the recent book by S.Popoola & F.Oyesanya called Ikunle-Abiyamo. Which deals with the issue of marriage and the requirements according to Ifa. Aso-oke as with other cloth shows unity with people and specifically aso-oke acts as a symbol to unify a couple in marriage, which the groom provides to show-prove comfort, warmth and means, a must in traditional African marriage namely among the Yoruba people & Ifa followers.
The sue of cloth, and namely this traditional cloth, can not be substituted, in present day the use of lace is the vogue in Nigeria, yet the women to show opulence, will still wear a ‘gele’ head tie or waist wrapper made of this aso-oke, to accentuate their attire or show their means.
It is also common place to see several women use this aso-oke in unison to commemorator marriage, family, community group, relationship or so many other things.
Awoyinfa Ifaloju
Alawoye Artisan Collective

The fashion faces of Jonathan

Jonathan SINCE he assumed presidential office Nigeria's President Goodluck Jonathan, has been showcasing his fashion sense. A man many believed to be on the quiet side, seems loud in his dress-sense, after all.

Jonathan, a tall man, with the kind of height that fashionistas would die for, has been more known with his Niger Delta regalia of long top, decked with gold or silver trimmings and trousers until he became the President. But he won't ever be caught without the traditional cap to complete his attire.

Lately, however, President Jonathan has gone nuclear with various Nigerian wears. He is now kind of 're-branding' Nigerian with his assorted outfits.

In Sokoto, Gombe and Zamfara States, Jonathan, a mild-mannered personality, spelt out his oneness with the Hausas.

It was agbdada, nay babariga, all the way.  The colours of his Hausa dresses varied from spotless white to shimmering brown colours. Mr. President, no doubt, felt good in the garbs as he complimented the 'flowing gowns' with smiles when he acknowledged cheers from the dwellers of the respective states he visited.

Coming down to the South West, Ibadan, Oyo State, Jonathan caught the attention of the shons of the shoil (sons of the soil), of the ancient town.

He arrived the state in white dansiki and fila abeti aja. On the second day of his visit, he was in blue stripped ankara with deep blue aso oke cap to 'seal the deal'. But variety was absent during his visit to Imo state. The President, went to Imo the Niger Delta way and returned 'same'.
Posted by YEYE AKILIMALI FUNUA OLADE at 9:30 AM No comments: