OUR FIRST BLACK PRESIDENT OBAMA HAS DONE ANOTHER MIRACLE AND GOTTEN THE BIGGEST TAX BREAK IN HISTORY!-BLACK ACTION INDEED!

Posted on Friday, December 10, 2010 by GottaLaff
I can’t believe I’m sharing a quote from Charles Krauthammer, but I am… just this once:


“Barack Obama won the great tax-cut showdown of 2010 — and House Democrats don’t have a clue that he did. In the deal struck this week, the president negotiated the biggest stimulus in American history, larger than his $814 billion 2009 stimulus package. It will pump a trillion borrowed Chinese dollars into the U.S. economy over the next two years – which just happen to be the two years of the run-up to the next presidential election. This is a defeat?“

MICHELLE OBAMA-OUR FIRST BLACK FIRST LADY WHEN SHE COULD BE AS BLACK AS SHE WANTED TO BE!--AS A BLACK TEENAGER SHE PIONEERED THE NATURAL WOOLLY HAIRED LOOK OF "BLACK IS BEAUTIFUL"! 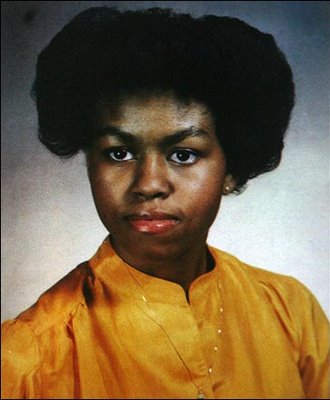 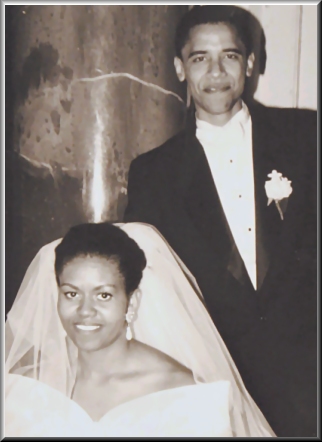 OBAMA!-OUR BLACK PRESIDENT IS BEING ATTACKED FROM ALL SIDES OF WHITES NOW-THE LEFT IS NOW JOINING THE RACIST RIGHT TO TRY TO BRING HIM DOWN BUT BLACK TRUTH AND GOD WILL PREVAIL!-HERE THE TRUTH ABOUT THE MIRACLE OBAMA HAS PERFORMED IS REVEALED FROM ROLLINGSTONE.COM

The Case for Obama

The charges are familiar: He's a compromiser who hasn't stood up to the GOP or Wall Street. But a look at his record reveals something even more startling — a truly historic presidency

HISTORY MAKER "When you look at what will last," says Doris Kearns Goodwin, "Obama has more notches on the presidential belt."
Official White House Photo by Pete Souza
By  Tim Dickinson
The following is an article from the October 28, 2010 issue of Rolling Stone.
For many progressives, the presidency of Barack Obama has been deeply disappointing. To hear some prominent lefties tell it, the New Jesus of the campaign trail has morphed into the New Judas of the Oval Office. "He loves to buckle," MSNBC host Cenk Uygur declared in a July segment called "Losing the Left." "Obama's not going to give us real change — he's going to give us pocket change and hang a 'Mission Accomplished' banner."
Obama In Command: The Rolling Stone Interview by Jann S. Wenner
The catalog of perceived betrayals unfolds something like this: The liberal lion who stirred Hope, vowed Change and roared about "the fierce urgency of now" has failed to stand up to Republican obstructionists, coddled corporate interests and allowed top liberal priorities — a public option for health insurance, climate legislation, immigration reform and the union-expanding "card check" — to fizzle without a fight. The same politician who fired up the Democratic base by opposing a "dumb war" has surged 50,000 troops into Afghanistan — not to take the battle to Al Qaeda, but to prop up the corrupt and incompetent regime of Hamid Karzai. The prison at Guantánamo? Still open for business nearly a year after it was to have been shuttered. Uglier still: Obama has asserted the authority to assassinate American terror suspects abroad and has tried to block court challenges of that authority by invoking "state secrets."
Photos: Obama Through the Years
On the economic front, Obama has surrounded himself with the same free marketeers who led Bill Clinton's calamitous deregulation of big banks, restoring Wall Street to obscene profits even as one American in seven has been engulfed by a rising tide of poverty. Eric Alterman of The Nation distilled the left's lament this summer, arguing that Obama may have "fooled gullible progressives into believing he was a left-liberal partisan, when in fact he is much closer to a conservative corporate shill." The cover of The Obama Syndrome, a new jeremiad by the political commentator Tariq Ali, even gives the progressive resentment a lurid illustration: Obama's face is shown flaking away like a cheap plaster mask to reveal the chuckling visage of George W. Bush.
But such selective indictments — legitimate and troubling in many of their particulars — grossly distort the sweep of the 44th presidency. It's one thing to call the president on his shit. It's quite another to paint his entire presidency as shit — even if Joe Biden and Robert Gibbs are losing their shit, accusing you of being a "whining" member of the "professional left."
Interview: After the Primaries by Jann S. Wenner (July 2008)
From the outset, it was inevitable that Obama's transcendent campaign would give way to an earthbound presidency — one constrained by two wars, an economy in free fall and an opposition party bent on obstruction at any price. "Expectations were so sky-high for him that they were impossible to fulfill," says presidential historian Douglas Brinkley. "Obama's partly to blame for this: People were expecting a progressive revolution. What the president has delivered instead is gritty, nuts-and-bolts, political legislative work — and it's been rough."
Interview: On the Eve of Victory by Eric Bates (October 2008)
During his campaign, skeptics warned that Barack Obama was nothing but a "beautiful loser," a progressive purist whose uncompromising idealism would derail his program for change. But as president, Obama has proved to be just the opposite — an ugly winner. Over and over, he has shown himself willing to strike unpalatable political bargains to secure progress, even at the cost of alienating his core supporters. Single-payer health care? For Obama, it was a nonstarter. The public option? A praiseworthy bargaining chip in the push for reform.
This bloodless, if effective, approach to governance has created a perilous disconnect: By any rational measure, Obama is the most accomplished and progressive president in decades, yet the only Americans fired up by the changes he has delivered are Republicans and Tea Partiers hellbent on reversing them. Heading into the November elections, Obama's approval ratings are mired in the mid-40s, and polls reflect a stark enthusiasm gap: Half of all Republicans are "very" excited about voting this fall, compared to just a quarter of Democrats. "Republicans have succeeded in making even the president's victories look distasteful, messy — and seem like bad policy steps or defeats," says Norman Ornstein, a scholar at the conservative American Enterprise Institute. "Many on the left have expressed nothing but anger, frustration and disappointment."
But if the passions of Obama's base have been deflated by the compromises he made to secure historic gains like the Recovery Act, health care reform and Wall Street regulation, that gloom cannot obscure the essential point: This president has delivered more sweeping, progressive change in 20 months than the previous two Democratic administrations did in 12 years. "When you look at what will last in history," historian Doris Kearns Goodwin tells Rolling Stone, "Obama has more notches on the presidential belt."
In fact, when the history of this administration is written, Obama's opening act is likely to be judged as more impressive than any president's — Democrat or Republican — since the mid-1960s. "If you're looking at the first-two-year legislative record," says Ornstein, "you really don't have any rivals since Lyndon Johnson — and that includes Ronald Reagan."