BACK TO AFRICA OOOO!-

BLEACH AND DIE OOO- OMOTOLA WILL NOT DIE CAUSE SHE HAS STOPPED BLEACHING ATI RETURNED TO HER ORIGINAL BEAUTIFUL BLACKNESS OOO!- FROM 9JAHYPER.COM 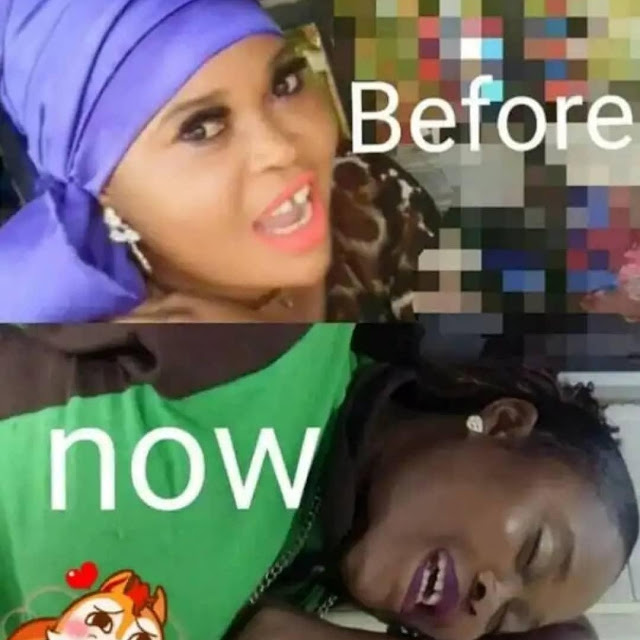 Bleaching Lady Revert To Her Real Black Colour (Before And After Photos) A lady who was formerly bleaching have come online to share her before and after photos, after she quit bleaching. She shared the photos with the caption ” I love the way I am now. I don’t care about you what people say about me. Isn’t because I don’t have money, is because black is beautiful. and is my pride Omotola black… change of colour is a sin”.
Posted by YEYE AKILIMALI FUNUA OLADE at 9:29 AM No comments:

About The Million Man March

A Glimpse of Heaven

Inspired and led by the Honorable Minister Louis Farrakhan, more than a million Black men gathered in Washington, D.C. to declare their right to justice to atone for their failure as men and to accept responsibility as the family head.

On that day, Monday, October 16, 1995 there was a sea of Black men, many who stood for 10 hours or more sharing, learning, listening, fasting, hugging, crying, laughing, and praying. The day produced a spirit of brotherhood, love, and unity like never before experienced among Black men in America. All creeds and classes were present: Christians, Muslims, Hebrews, Agnostics, nationalists, pan-Africanists, civil rights organizations, fraternal organizations, rich, poor, celebrities and people from nearly every organization, profession and walk of life were present. It was a day of atonement, reconciliation and responsibility.

“The Million Man March was one of the most historic organizing and mobilizing events in the history of Black people in the United States,” said Chicago-based Dr. Conrad Worrill, who was a main organizer of the March and the current president emeritus of the National United Black Front.

Congress shut down that day and President William Clinton was “out of town.” Mainstream media in American and media outlets from around the world were watching. The world did not see thieves, criminals and savages as usually portrayed through mainstream music, movies and other forms of media; on that day, the world saw a vastly different picture of the Black man in America. The world saw Black men demonstrating the willingness to shoulder the responsibility of improving themselves and the community. There was neither one fight nor one arrest that day. There was no smoking or drinking. The Washington Mall, where the March was held, was left as clean as it was found. Two of the best descriptions of the Million Man March include the word “miracle” and the phrase “a glimpse of heaven.”

Along with those who attended, many men, women and children spent the day at home watching the event on television and participating in the day of fasting and absence. Workers did not go to work that day, children did not go to school that day and no one engaged in sport or play. During Min. Farrakhan’s message to the millions gathered in the mall and those watching on television around the world that day, he explained to the world the need for atonement and he laid out the eight steps of atonement. Thus, for the past 18 years, people gather, reflect and observe the Holy Day of Atonement.

At the conclusion of the March, the millions of men repeated a pledge given by Minister Farrakhan that focused on a personal commitment to be responsible and active in improving the Black community. The purpose was for Black men to take responsibility for their own actions and to help develop their own communities, and to atone for their lack of responsibility. Many of the men assembled took the pledge given that day seriously and have been actively involved in making their word bond ever since.

“The March changed my life and my perspective of life in so many ways. I (gained) a tremendous commitment to the betterment of my culture, and a heightened capacity to care and to love. I am now trying to live by the code of honor and the right conditions set forth in the pledge that I took,” said Glenn Towery, owner of Fairy God Brother Productions and Film Company, LLC that produced the DVD, Long Live the Spirit, a documentary about the Million Man March.

“I have formed my own company and am striving to create culturally enriching productions for African Americans and the world. Thank you Minister Farrakhan for being a conduit to God that allowed such a magnificent idea as the Million Man March to come through your person into fruition. Thank you Benjamin Chavis and all of the organizers, planners and conveners of the Million Man March.”

The spirit of the March continues to this day.

“Since the Million Man March, October has become a special month for me,” said Dr. Ayo Maat, Organizer in Green and Disability Issues. “During the first march, I kept my children out of school and they stayed up all night and watched the event the entire day without complaint or fatigue. Since then, I have been working to instill the spirit of atonement and uplift of the race.”

“The spirit, energy, and the ideas that were articulated on that day still resonate among the activists and organizers and thinkers and the masses of Black men who participated in 1995,” said Dr. Worrill. “Although it may not appear that the energy and spirit and impact of that day is still with us; it has manifested itself with us today as Black men are engaged in numerous projects inspired by the Million Man March that can be documented.”

In another public display of accountability, the Million Man March was the first ever public march to provide an independent Financial Audit of its operations.

Jooo nobody mentions the real reason AFRICANS are dying of diabetes ooo! They now eat white people's food-white sugar,sweets, white bread, biscuits...Eat their food you get their diseases!

Watch "ESU Is Not The Devil: Mistranslation Has Africans Demonizing Their Own Spirituality" on YouTube 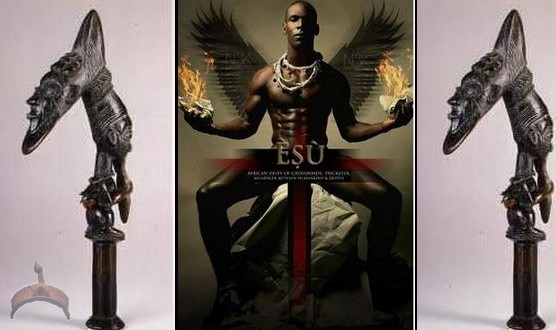 Every year, People magazine designates its “Sexiest Man Alive.”And every few years, we agree with them; the last time being in 2016, when the magazine rightly honored Dwayne “The Rock” Johnson.

This year, we’re saying a collective “yasssss!” at the sight of perpetual thirst trap Idris Elba flashing his incredible grin from the coveted annual cover for 2018, after many years in the top 100 (including a #2 spot in 2013).

In fact, it’s an honor many would say is long overdue for the multi-talented Golden Globe and Screen Actors Guild award winner—especially those who’ve been following Idris since his breakout role as Stringer Bell on The Wire. Since that time, his swoon-worthiness has only increased, along with his prestige. Matter of fact, do you know that he’s an Officer of the Order of the British Empire? That officially makes him a “Sir”—to which we say, “Yes, Sir.”

Of winning the title this year, Idris was adorably real with People about his initial reaction: “I was like, ‘Come on, no way. Really?’ Looked in the mirror, I checked myself out. I was like, ‘Yeah, you are kind of sexy today.’ But to be honest, it was just a nice feeling. It was a nice surprise — an ego boost for sure.”

ADVERTISEMENT
Frankly, it’s an ego boost for us, too—if only to validate our excellent taste. So, how did it (finally) happen? Let People’s editorial team tell you below, as Idris gets revealing about his celebrity crush (Serena Williams, who he says is “pretty hot—and badass”); the last person who (enviably) saw him naked, fiancée Sabrina Dhowre; what inspired his impromptu proposal; how fatherhood factors into his high-profile life; and how he grew from an awkward kid into his well-muscled physique—which he now credits to his kickboxing regimen.

And while all that is great, after seeing a tease of his photo spread, we’re pretty sure we won’t be doing much reading of the article when the issue hits stands on Friday, November 9.

ADVERTISEMENT
But first, the midterms—which Idris agrees is even more important than drooling over him. Frankly, we’re considering his honor a good omen, because if People can get this right, maybe people can get it right at polls, too.
SHARE THIS STORY

Maiysha Kai
Maiysha Kai is Managing Editor of The Glow Up and your average Grammy-nominated goddess next door. Minneapolis born, Chicago bred, New York built. Nuance is her superpower.

BLACK MAN RUNS FOR GOVERNOR OF FLORIDA OOO!--WANTS TO KILL"STAND YOUR GROUND LAW"!! 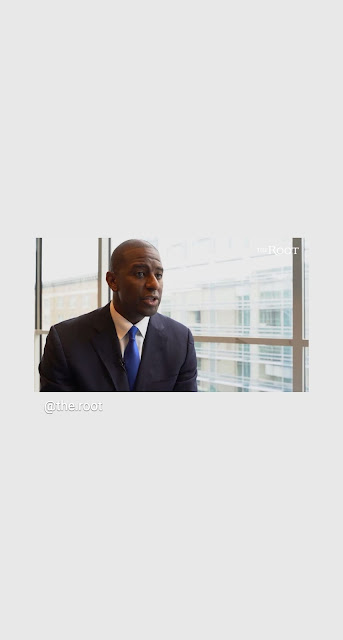 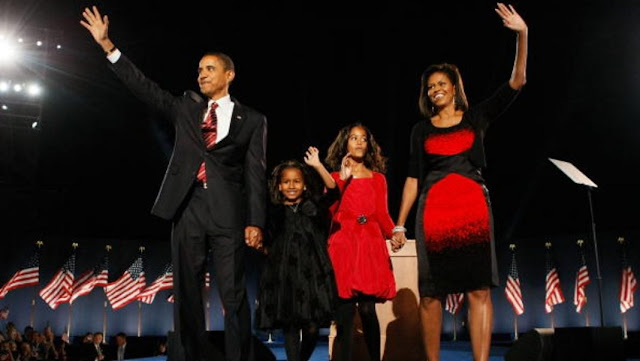 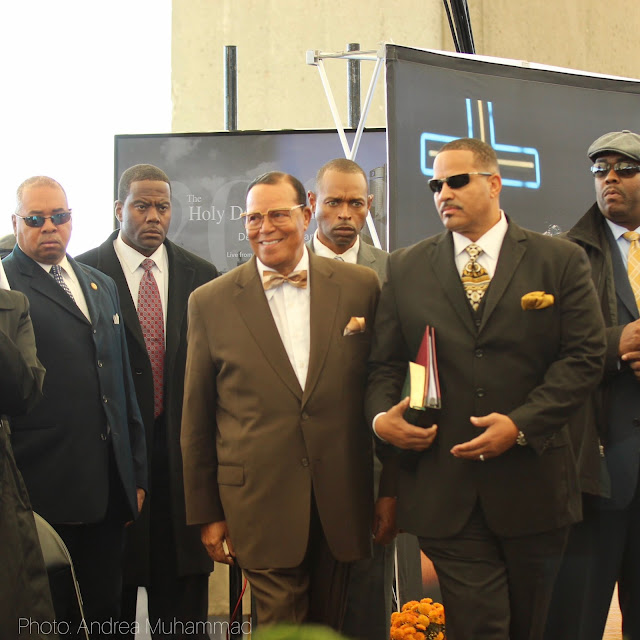 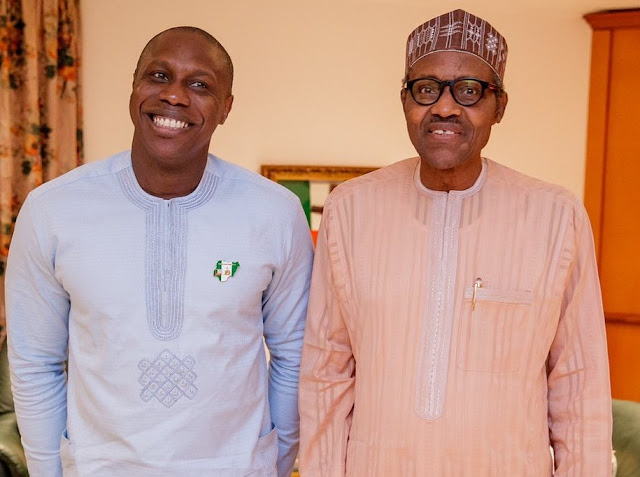 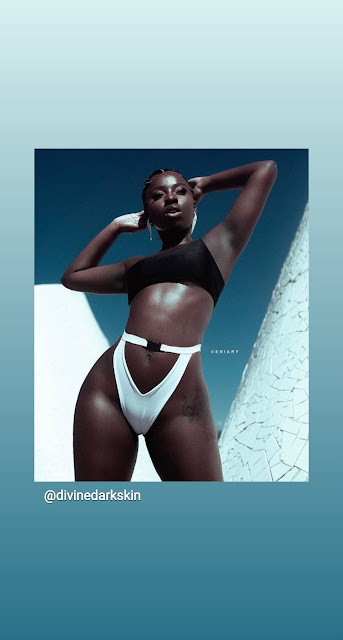