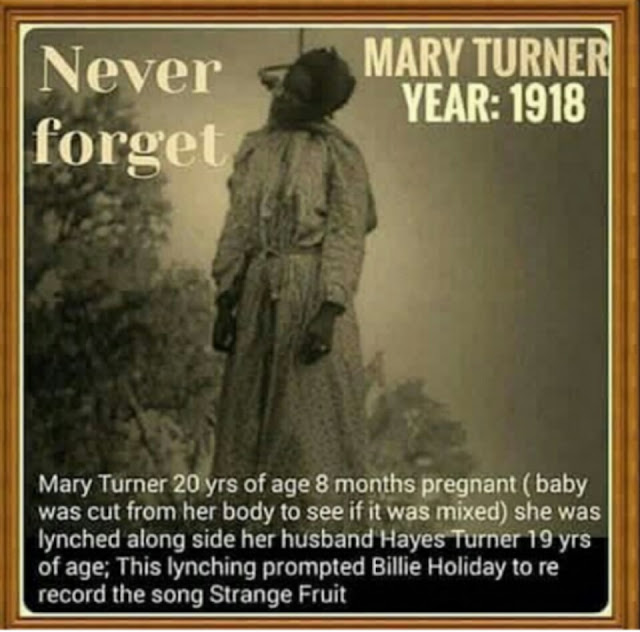 Remembering Mary Turner
WARNING: This website contains graphic information, violent images, and adult language.
In May of 1918, Hampton Smith, a 31 year old White plantation owner in Brooks County, Georgia was shot and killed by one of his Black workers named Sydney Johnson. Hampton Smith was known for abusing and beating his workers to the point few people in the area would work for him. To solve this labor shortage, Smith turned to the debt peonage system of the day and found a ready labor pool. He used that system by bailing people out of jail, people typically arrested for petty offenses, and having them work off their debt (the bail money) to him on his plantation. Nineteen year old Sydney Johnson, arrested for "rolling dice" and fined thirty dollars, was one such unfortunate person.
After a few days of work on Smith's plantation, and shortly after being refused his earned wages and beaten by Smith for not working while he was sick, Sidney Johnson shot and killed Hampton Smith. What ensued after the shooting was a mob driven manhunt for Johnson and others thought to be involved in his decision to kill Hampton Smith. That manhunt lasted for more than a week and resulted in the deaths of at least 13 people with some historical accounts suggesting a higher number of persons killed. One of the people killed was a woman named Mary Turner.
Twenty year-old Mary Turner (m.n. Hattie Graham), 8 months pregnant at the time and whose husband had been killed in this "lynching rampage" on Sunday, May 19th, publicly objected to her husband's murder. She also had the audacity to threaten to swear out warrants for those responsible. Those "unwise remarks," as the area papers put it, enraged locals. Consequently, Mary Turner fled for her life only to be caught and taken to a place called Folsom's Bridge on the Brooks and Lowndes Counties' shared border. To punish her, at Folsom's Bridge the mob tied Mary Turner by her ankles, hung her upside down from a tree, poured gasoline on her and burned off her clothes. One member of the mob then cut her stomach open and her unborn child dropped to the ground where it was reportedly stomped on and crushed by a member of the mob. Her body was then riddled with gunfire from the mob. Later that night she and her baby were buried ten feet away from where they were murdered. The makeshift grave was marked with only a "whiskey bottle" with a "cigar" stuffed in its neck.
Three days after the murder of Mary Turner and her baby, three more bodies were found in the area and Sydney Johnson was killed in a shoot out with police on South Troup Street in Valdosta, Georgia. Once killed, the crowd of more than 700 people cut off his genitals and threw them into the street. A rope was then tied to his neck and his body was drug for nearly 20 miles to Campground Church in Morven, Georgia, 16 miles away. There, what remained of his body was burned. During and shortly after this chain of events it is reported that more than 500 people fled Lowndes and Brooks Counties in fear for their lives.
Some may ask, why bring up "the past" and these atrocities now? "It happened so long ago." We think we should bring these crimes up and face them for many reasons. We should bring them up to acknowledge the lives lost, along with the reality that no justice has ever occurred for the victims, their families and so many others affected by these events. We should bring them up because few in the region speak publicly about these events yet wonder why race relations in the area are often so strained. We should bring them up because these events remain one of the most gruesome cases of racism and racial terrorism in this nation's history, yet they are omitted from the history we teach our children. We should bring them up because Mary Turner's murder remains one of the most horrific crimes committed against a human being in this nation's history. And last but not least, we should bring these events up so we can face our collective past in order to see how it might affect the present and the future. Please help us do that.
To find out what you can do please email us or visit our Get Involved page.


The information above is drawn from the following scholarly and historical sources.
Dr. Julie Armstrong Buckner's text, Mary Turner and the Memory of Lynching, Georgia University Press, 2011.

LOST JEWS?--BLACK JEWS LOST IN ZIMBABWE?-BACK TO AFRICA TO SEE!-THE LEINBA-ARE THEY THE LOST BLACK JEWS? -FROM BLACK MEN BOUND FOR EAST AFRICA ON FACEBOOK 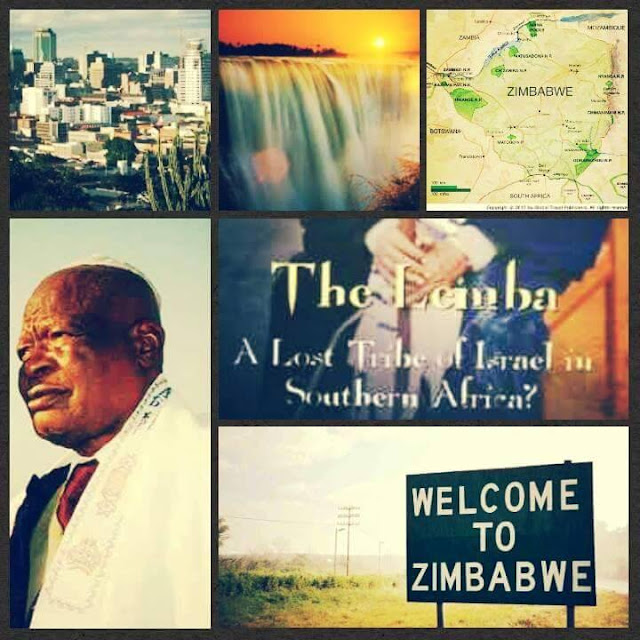 I'm putting together a trip to #Zimbabwe for summer 2016 To visit the #AfricanLemba. The [working] plan is a 2 month stay. The trip is being built now, contact has been made in Zimbabwe and the hope is to work in some capacity with the Lemba's and to stay in the community. This will not be a sightseeing trip, but to learn and work.

If you are interested in putting this trip together, connect here >> www.facebook.com/groups/MalachiBenYisrael
Posted by YEYE AKILIMALI FUNUA OLADE at 7:03 AM No comments: 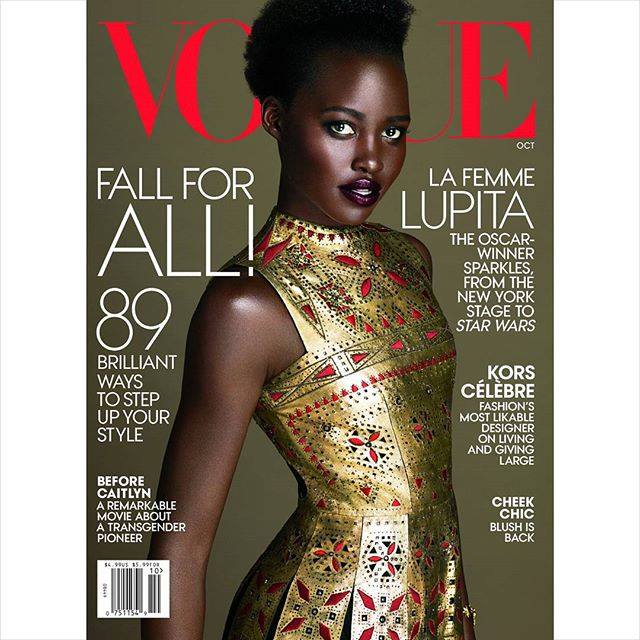 BLACK SKIN COLOR!--RESPECT THE BLACK SKIN GOD GAVE YOU AS THE GREATEST GIFT IN THE WORLD!-FROM @ORIGINALBLACKWOMAN13.COM 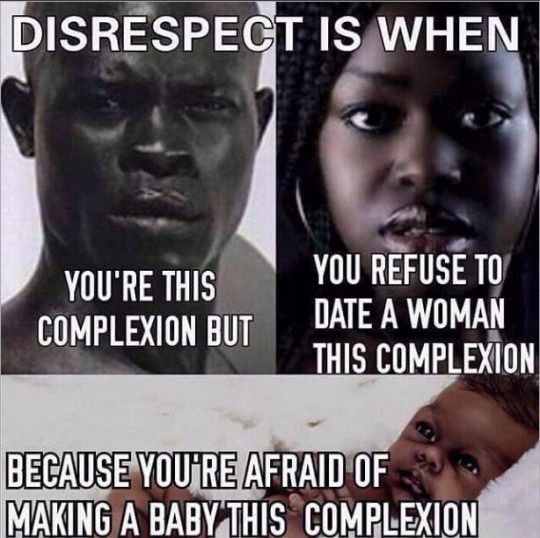 BLACK SKINNED BEAUTY IS THE ORIGINAL BEAUTY OF ALL THE RACES OF THE WORLD!
"BLACK DONT CRACK"
"THE BLACKER THE BERRY THE SWEETER THE JUICE"
DUDU DUN!-BLACK IS SWEET IN YORUBA
BLACK IS BEAUTIFUL AND LAST FOREVER OOOO!
Posted by YEYE AKILIMALI FUNUA OLADE at 6:39 AM No comments: 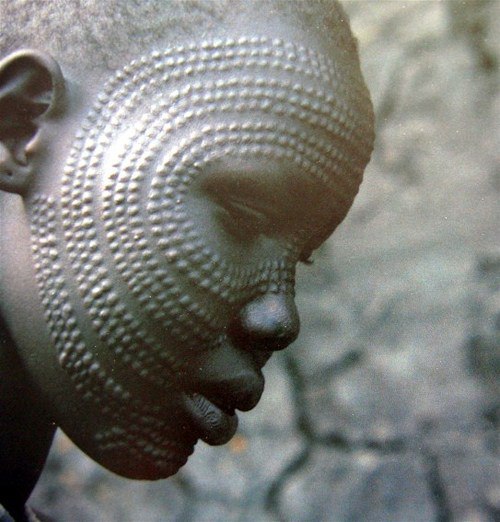 Image of a young woman’s face (agnautacouture.com)
These days, many of my fellow African brothers and sisters sport tattoos of some European or foreign symbols on their skins. These symbols are usually alien to our cultures, traditions, thinking, and history. So I thought about talking about scarification, which could be called an “ancient” African culture of tattoos.
For starters, Africa has a rich culture of scarification. Many cite HIV, and ugliness as being the reason why they would not do scarification. I do not disagree with them, but I would like to give a history of scarification and why, this is something to be cherished as part of our history, even if it is no longer practiced and/or needed today.

Sculpture of a Mangbetu person, in Congo (exposed at the MET)
In the past, a woman or man would have scarification marks that will distinguish her/him from anyone else, tell her/his rank in society, family, clan, and tribe, and symbolize her beauty or strength. In some African tribes, it was like wearing your identity card on your face. True, some may hate that, but this was a mark of pride, not shame. In most African cultures, it was a major aesthetic and cultural component as can be seen on sculptures in museums around the world. Scarification patterns on sculptures are not only marks of beauty, but marks of one’s lineage as well, and in some cases protection against evil spirits. Lastly, in Africa like in Polynesia, scarification is more visible on darker skinned people than say, tattoos.

Diamond and Rectangular patterns on the forehead and temples of a Tikar mask from Cameroon (exposed at the MET)
What is scarification? Scarification is the practice of incising the skin with a sharp instrument such as a knife, glass, stone, or coconut shell, in such a way as to control the shape of the scar tissue on various parts of the body. Cicatrisation is a special form of scarification where a gash is made in the skin with a sharp instrument, and irritation of the skin caused by applying caustic plant juices forms permanent blisters. Dark pigments such as ground charcoal are sometimes rubbed into the wound for emphasis. These cuts, when healed, form raised scars, known as keloids. The most complicated cicatrisation was probably found in the Congo Basin and neighboring regions, and among the Akan people of West Africa.

Pendant Ivory mask representing Queen Idia, Iyoba of Benin City (16th Century)
Scarification is a long and painful process, and a permanent modification of the body, transmitting complex messages about identity and social status. Permanent body markings emphasize social, political, and religious roles. Beautiful and complex designs depend on the artist’s skills but also on a person’s tolerance to pain.  Facial scarification in West Africa was used for identification of ethnic groups, families, individuals but also to express beauty; scars were thought to beautify the body. It was also performed on girls to mark stages of life: puberty, marriage, etc. These marks assisted in making women more attractive to men, as the scars were regarded as appealing to touch as well as to look at, but also as testimony that women could withstand the pain of childbirth. Princesses in many places, including West Cameroon, used to sport amazingly beautiful and intricate marks. The sculpted face of Queen Idia of Benin Kingdom sports two marks on her forehead. For the Karo people of Ethiopia, men scar their chests to represent killing enemies from other tribes; women with scarred torsos and chests are considered particularly sensual and attractive.

Intricate patterns on a Dogon mask from Mali (exposed at the MET)
Today, the art of scarification is changing in Africa, and can mostly be spotted on elders. Mostly because of fears of HIV transmission via blades, and also because of the shame encountered. It is a culture which was once loved and is now despised. Ironically, people in western societies go under the knife to perfect their bodies. In the west, people prefer to hide their scars (it is also not on their faces)! Moreover, with the advent of identification cards, the need for scarification has also reduced.
I just wanted us to cherish and not frown upon an ancient culture which had its purpose, and was an integral part of our society, history, and traditions. For more on scarification in African cultures, check out Ezakwantu.com and RandAfricanArt which have amazing images of scarification in Africa, and these articles on the Huffington Post, National Geographic, and Lars Krutak‘s article on the Bétamarribé people of Benin. 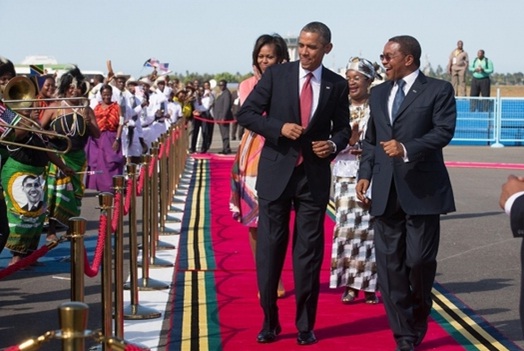 This weekend, President Obama returned to his father's homeland of Kenya for a multi-day trip packed with speeches, public appearances and diplomatic meetings. Accompanied by two dozen legislators and 200 American investors attending the Global Entrepreneurship Summit, Obama's visit to Kenya is a historic first for his presidency and a continuation of his relationship with the country that began with his first trip there some 30 years ago.
Here's what the president has been up to during his visit, which will continue into the next week in other African nations such as Ethiopia.

1. Crowds of cheering Kenyans greeted the president at the airport during his arrival.

2. The president met with his Kenyan counterpart, President Uhuru Kenyatta, for a bilateral meeting at the State House, his residence.

3. He also laid a wreath at a memorial to 1998 embassy bombings in two East African cities (including Nairobi, Kenya) that killed hundreds of people.

4. The president also gave a speech at the 2015 Global Entrepreneurship Summit at the United Nations Compound in Nairobi.

6. Some Kenyans presented homemade gifts and displays of goodwill for the president during his trip.

7. POTUS also made time to visit his extended family, many of whom haven't seen him in a long time.